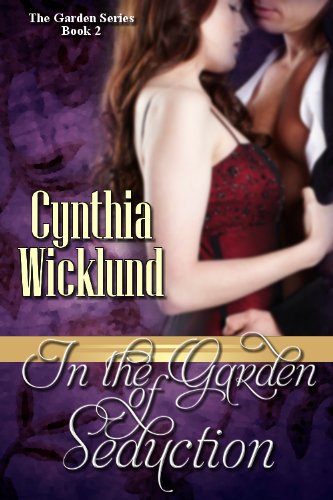 Cassandra James is in for a terrible shock. She is not who she thinks she is, never has been. One morning she awakens to find the neat order of her wealthy, middle class world changed forever. Add to this the complication of Simon Fitzgerald, Marquess of Sutherfield. A handsome rogue at his most intriguing, he pursues Cassandra with single-minded determination, but his motives are not pure. He wishes to bed the lady, not marry her.

Excerpt:
Cassandra laughed. “I’ve never met anyone like you.”
“Is that a good thing?” the marquess asked tenderly.
She glanced at him before quickly looking away. “I haven’t a clue, my lord. I’ll have to let you know when I discover the answer.”
Lord Sutherfield rose to his feet and took her by the hand. “Walk with me.”
“Shouldn’t I go back to the party? I’m sure to be missed,” she said, allowing him to help her stand.
“What would you do if you were back in London and still living with Quintin James? Would a stroll in the garden be such a wicked thing?”
The question was a shrewd one. She didn’t intend to let him know it, though.
“Perhaps not, but my father doesn’t know you. I think if he were to meet you he’d be as cautious as my grandfather.”
The marquess drew her arm through his and leaned down, his mouth close to her ear. “I’d like to think the caution is yours.”
“That makes no sense at all,” she said impatiently.
“It does if it is you rather than me you do not trust.”
Lord Sutherfield’s warm breath drifted down her neck, causing her skin to prickle with excitement. Just when she had herself in check, he began the onslaught anew. Her body responded as it always did when his tone turned suggestive.
Ambling down the winding path, they moved away from the safety of the house. The doors to the parlor had been thrown open to the main garden, and the voices of those guests still partying could be heard drifting from inside. If she were taking her little walk with the marquess right outside those doors, it would probably be considered completely respectable.
They came upon a majestic oak looming out of the darkness at the end of the path, its branches spanning nearly thirty feet. Moonlight seeped through the aged limbs, splintered patches of illumination creating a fey realm beneath the sprawling canopy of the tree. The gauze of Cassandra’s dress sparkled like dozens of tiny, glowing night beetles in the dimness. Just like a sprite, she reflected whimsically, touched by the enchantment of the balmy evening.
All at once, she wanted to make the most of the magical moment. Did she want the marquess to kiss her? Yes, she thought, perhaps she did. She liked it when he kissed her—although she had spent a lot of time denying that fact—and maybe now she would kiss him back.
Several steps in front of Lord Sutherfield, she whisked around to face him. With her hands clasped behind her back, she leaned coquettishly against the massive trunk of the tree. His expression was drawn tight with desire as he moved closer, and an intoxicating power welled within her. How the next few minutes went were hers alone to decide—unless he were a cad. Her instincts denied that possibility. She tilted her head, smiling faintly at him.
His gaze sharpened. “This is a dangerous game, Miss James. Are you certain you wish to play so deep?”

Coming Soon:
IN THE GARDEN OF DECEIT, Book 4 of The Garden Series